Madrid – Student accommodation, hostels and coworking spaces in Madrid (Spain). Maps of Madrid, photos and reviews for each place in Madrid.

Where do you want to go?

How long are you staying?

Free Access Pass for every booking to get a chance to win a free weekend for 2, anywhere in the world.

Get a free Dorms.com Access Pass with every booking and enter a chance to win a free weekend for 2 anywhere in the world (terms and conditions apply)

Dorms.com Access Pass NFT must be activated and your digital wallet connected to Dorms.com by March 31, 2023

2 consecutive nights in 2023 for 2 adults in a hostel dorm anywhere in the world. Hostel must be listed on Dorms.com Hostels with free breakfast in Madrid

Hostels with free cancellation in Madrid

Hostels with free wifi in Madrid

Places For Students in Madrid

Places For Students by the Universities in Madrid

Hostels for backpackers in Madrid

Hostels for backpackers near all attractions in Madrid

We are your dedicated Group Booking specialist.
Up to 500 people per reservation!

If you are looking for a student accommodation or a hostel for your group, we are here to help. 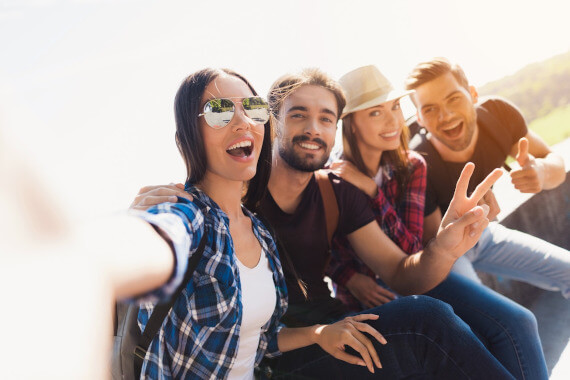 Register now your property at our brand new Extranet

Ready to hostel with style? Situated bang in the centre of the country, Spain’s capital city has world-famous museums and attractions, cool boutiques, moreish tapas and of course that inimitable, tireless Spanish nightlife – so prepare for refined days and crazy nights that go on until the sun comes up. None of that means Madrid isn’t backpacker-friendly. Whether you’re travelling solo or as a group, you’ll find masses of cheap youth hostels to suit your needs and budget. For city centre hostels and downtown hostels, look in the Palacio, Sol and Cortes districts, packed with sights and bars, including the Royal Palace grand Plaza Mayor. Or choose winding streets of Malasana and Justica, full of buzzing cafes and restaurants. Either way, when you step out of your dorm you’ll discover a mix of elegance and energy that is uniquely Madrid.

Head out of the hostel dorm on a Sunday morning and join locals for a stroll at Retiro Park. Watch puppet shows, tarot card readers, wander around stalls and listen to musicians.

Hostel groups love to ‘bar hop’ around Calle Huertas, and no wonder – promoters clamour to hand out free samples of sangria or the local liquor ‘chupito’.

Go straight from your dorm to one of the world’s most famous art museums. The Prado containing masterpieces from the 12th to the 19th century, making it one of the most visited Madrid tourist attractions. Free admission for students under 25 and free to everyone on Sundays.

Reina Sofia Museum on Santa Isabel, 52 Madrid houses an important collection of 20th and 21st century art, including Picasso's famous Guernica and creations by Miró and Dalí. Free entry on weekday evenings 19:00-21:00 (except Tuesday), as well as Saturday afternoons and Sundays 10:00-14:30.

The Palacio Real is the official, lavish residence of the Spanish Royal family. The Palace also houses art exhibitions that are available to view at no extra charge – perfect for a backpacker budget.

The Debod Temple is a real Egyptian temple in the heart of Spain. It dates back to the 2nd century BC, and arrived in Madrid in the 1960s after the construction of the Aswan Dam.

For football fans, there is only one place to go – the 81,000-seat Santiago Bernabéu Stadium. It’s home to Real Madrid, who dominate Spanish football alongside fierce rivals Barcelona.

If you’re looking for a hostel in a vibrant area where anything goes, try Chueca – situated in the Justicia district, it’s the heart of Madrid’s gay community.

Sol is said to be the physical centre of Spain and the cultural centre of Madrid – all the city’s major attractions are within easy walking distance, so it’s a prime target when you’re hostel-hunting. There are lively bars that attract a young crowd at the Huertas area, just east of the centre.

Madrid’s biggest street party takes place on 13th June in Moncloa. Traditionally, girls put their hand into a fountain full of pins at the San Antonio church, and the more pins stick to their hands, the luckier they’ll be in love.

If you’ve chosen a hostel near the Retiro Park, this one will be hard to miss. From 23rd-24th of June, the Festival of San Juan takes over the park, with a fireworks display on the first night.

Concerts and other events are held in and around the district of Tetuán on the first Sunday of July, to celebrate Nuestra Señora de las Victorias.

Backpacker groups party with locals during the Madrid Carnival, which takes place over five days in February. Expect flamboyant, imaginative costumes in the parade, which starts at Retiro Park and passes the city centre’s main landmarks.

If you’re hostelling in Madrid between June-September, you’ll be able to catch one or two of the many events that form part of Los Veranos de la Villa, the city’s summer arts festival, including music, dance, cinema, theatre, opera, and other performances.

Held annually in May or June, the two day Festimad festival attracts fans of rock, dance, poetry reading and more. It is normally held in the Bellas Artes building and in Móstoles.

One for the cultured backpacker: the autumn festival see sevents take place around the city, including theatre and dance performances, photography and painting exhibitions, live music and films.

For great tapas that’s not too pricey, we suggest La Musa. There are three other venues run by the same people (but with different names), all centrally located.

If you don’t mind sitting on the floor, you can get a tasty and cheap vegetarian lunch at the very backpacker-friendly Hare Krishna centre.

If your hostel’s in Malasaña and you fancy a burger, you’re in luck. Naif, on Barrio de las Letras, serves fantastic ones, alongside sandwiches and Mexican dishes.

El Tigre is busy and noisy, but it’s popular with hostelling and backpacker groups thanks to the generous portions of free tapas served with each drink.

One thing you must try, after a night of clubbing, is chocolate con churros – deep fried batter that you dip into thick hot chocolate. The most famous place to do this is Chocolatería San Ginés.

One of the most recommended bars in Malasaña is Barco, which attracts locals and backpackers alike with a mix of club nights, flamenco and live music.

One of the best-known clubs in the city is Joy Madrid (also known as Joy Eslava), held in an old theatre. The wide range of nights cover dance, Latin, cabaret and much more. You’ll be dancing all the way back to the dorm.

El Intruso has live music and entry is often free. As well as scheduled shows, there are weekly jam sessions: fusion on a Monday, jazz on a Tuesday. And it serves amazing mojitos…

Impress your fellow hostel occupants with some salsa moves. El Son offers a fun, unintimidating salsa night out where people don’t take themselves too seriously.

Looking for something more than an Estrella? Try this brewpub. It’s a fairly clinical, modern space, but the beers are great and they’re brewed on the premises.

A popular attraction is El Rastro, an outdoor market open on Sundays 09:00-15:00 around Ribera de Curtidores and adjacent streets. Grab some bric-a-brac and liven up that hostel dorm…

This large vintage shop in Malasaña is packed with old-school clothing, much of it with an Americana twist. It’s cool inside too, with bare floorboards and metal shelves giving the place a rough, warehousey feel.

Established in 1836, this historic, atmospheric shop is THE place to pick up some classic Spanish espadrilles. Colourful, light and durable, they should be in every backpacker’s bag.

Buy a Madrid Card from the Madrid Tourist Information office in the Plaza Mayor, which gives free access to over 40 museums and guided tours plus other discounts.

Head to the bar

If you’ve booked your hostel at the right time, you can save a packet on entry fees. Many museums are open on 2nd May (Official Day, Region of Madrid), 18th May (International Museums Day), 12th October (Hispanidad Day) and 6th December (Constitution Day).

Airports Madrid Airport Barajas has four terminals, with most international flights arriving and departing from T1. You can use buses or the metro to head to the centre and find your hostel. Two bus services operate between the airport and Avenida de America in central Madrid – the number 200 stops at T1, T2 and T3, while the 204 service leaves from T4. The airport is within Zone A of the metro. Line 8 leaves from the first floor of T2. Change lines at either Mar de Cristal (line 4) or Nuevos Ministerios (line 10), to Alonso Martinez station then switch to line 2 to Gran Via in the centre. By train Backpackers arriving from or departing to east or southern Spain, you will likely use Atocha train station, more formally known as Puerta de Atocha. It’s well connected for the main bus station, airport and other train stations. International services and trains to and from Bilbao, Salamanca, Avila, Santiago de Compostela, A Coruña, Valladolid and Burgos arrive and depart at Chamartin train station. By bus Madrid's main bus station is Méndez Alvaro, also known as Estación del Sur (South Station). Buses to and from north and northeast destinations such as Barcelona, Bilbao, San Sebastian, Santander, Vitoria, Burgos, leave/arrive Avenida de America. It’s close to Atocha station and the Pacifico metro stop (lines 1 and 6). Getting around Book bus tickets in advance at: www.movelia.es. A 10-journey 'metrobus' ticket can be used on buses and metro within Zone A. Buy from metro and bus stations, as well as tobacconists and newspaper kiosks throughout the city. Buy a tourist travel pass for discounted travel on all types of public transport within Madrid. Language: Castilian Spanish Currency: Euro Voltage: 220 volts, 50 Hz - round two-pin plugs are used Time zone: GMT+1 Dialing code: +34 for Spain, 91 for MadridPost office: Oficina de Correos, Calle de Martín de los Heros, 57, 28008 Madrid. Tel 915 47 41 33 HospitalsHospital Ramón y Cajal, Ctra. De Colmenar Viejo Km 9100, 28034. Tel 913 36 80 66. Hospital a Paz, Pº de la Castellana 261, 28046. Tel 917 277 000, 917 27 73 39 (accident and emergency) Hospital General Universitario Gregorio Marañón, C. Doctor Esquerdo 46, 28007. Tel 915 86 85 56, 915 86 85 05 (accident and emergency) Tourist Information: Plaza Mayor, Casa de la Panadería, Plaza Mayor, 27, 28012; Tel 915 88 16 36 Typical opening hours: Most supermarkets and department stores open all day from 10am to 9pm, including Sundays. Some city centre stay open until 10pm, while smaller neighbourhood shops may close from 2pm-5pm, then reopen until 8.30pm. Emergency numbers: Call 112 for emergency services, and 098 to reach a 24-hour chemist. The Central Police Station (Comisaría de policía Madrid-Centro) is on 915 48 79 85.